Mata is a dancer, teacher, movement and massage therapist and a mother of two daughters, raised in Athens and now living in Berlin since 2002. She ﬁnished her dance education with a BFA in Athens. After scholarships from the National State Foundation of Greece, (IKY) and the Merce Cunningham foundation, she obtained her degree in the Cunningham technique, danced repertory work and began teaching the technique at the Cunningham studio in New York.

Mata joined the ensemble of Sasha Waltz & Guests in 2005 until 2015 and since 2015 she dances with the company as a freelancer. She is a part of numerous choreographies from the S. Waltz repertoire and “Dialogues” and she is in the educational team of the children dance company of S. Waltz in Radialsystem. Mata has presented her own choreographies in Athens, New York, Berlin, Potsdam, Bonn and Paris and improvises dances regularly in Berlin. 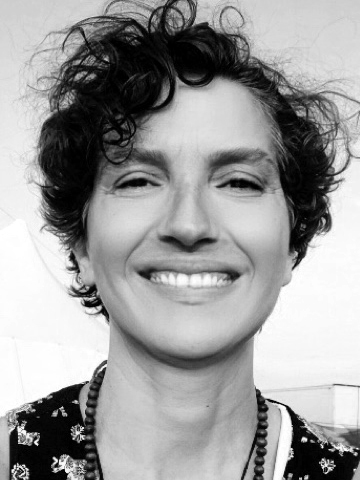 Dance is an art in space and time.
The object of the dancer is to obliterate that.Merce Cunningham

She is a health practitioner for Shiatsu and she is working as a Shiatsu Practitioner and Massage therapist at (Die Wohlfühler, Tempelwerk and Soho House). Mata teaches regularly Yoga and Qigong in several studios in Berlin (QiMa, Lotos Yoga, BeaYogi, Dock11 and Die Wohlfühler Remise amongst others).
Mata teaches Cunningham technique at BDI.

We use cookies on our website to give you the most relevant experience by remembering your preferences and repeat visits. By clicking “Accept All”, you consent to the use of ALL the cookies. However, you may visit "Cookie Settings" to provide a controlled consent.
Cookie SettingsAccept All
Manage consent

This website uses cookies to improve your experience while you navigate through the website. Out of these, the cookies that are categorized as necessary are stored on your browser as they are essential for the working of basic functionalities of the website. We also use third-party cookies that help us analyze and understand how you use this website. These cookies will be stored in your browser only with your consent. You also have the option to opt-out of these cookies. But opting out of some of these cookies may affect your browsing experience.
Necessary Always Enabled
Necessary cookies are absolutely essential for the website to function properly. These cookies ensure basic functionalities and security features of the website, anonymously.
Functional
Functional cookies help to perform certain functionalities like sharing the content of the website on social media platforms, collect feedbacks, and other third-party features.
Performance
Performance cookies are used to understand and analyze the key performance indexes of the website which helps in delivering a better user experience for the visitors.
Analytics
Analytical cookies are used to understand how visitors interact with the website. These cookies help provide information on metrics the number of visitors, bounce rate, traffic source, etc.
Advertisement
Advertisement cookies are used to provide visitors with relevant ads and marketing campaigns. These cookies track visitors across websites and collect information to provide customized ads.
Others
Other uncategorized cookies are those that are being analyzed and have not been classified into a category as yet.
SAVE & ACCEPT
Powered by